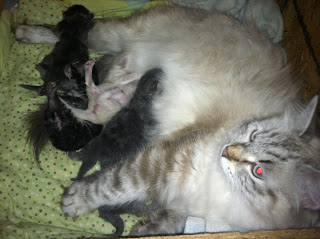 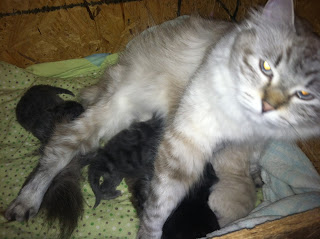 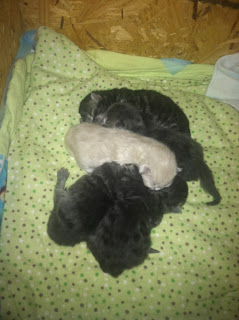 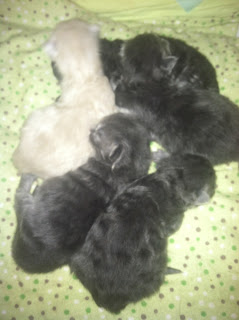 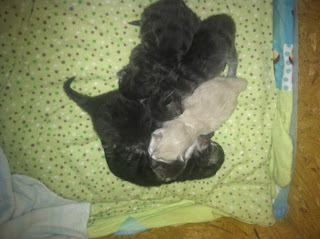 They really are so cute, aren't they?  Of course, their eyes aren't opened yet.
But thanks for putting up with me and my lapse in memberance.  And I will post new pictures of Maliha's babies now that their eyes are opened.
Thank you for reading the blog at Cherished Siberians in Culpeper, Va.  Have a great evening and keep dry....it's raining ....again.
Posted by Cherished Siberians at 5:45 PM